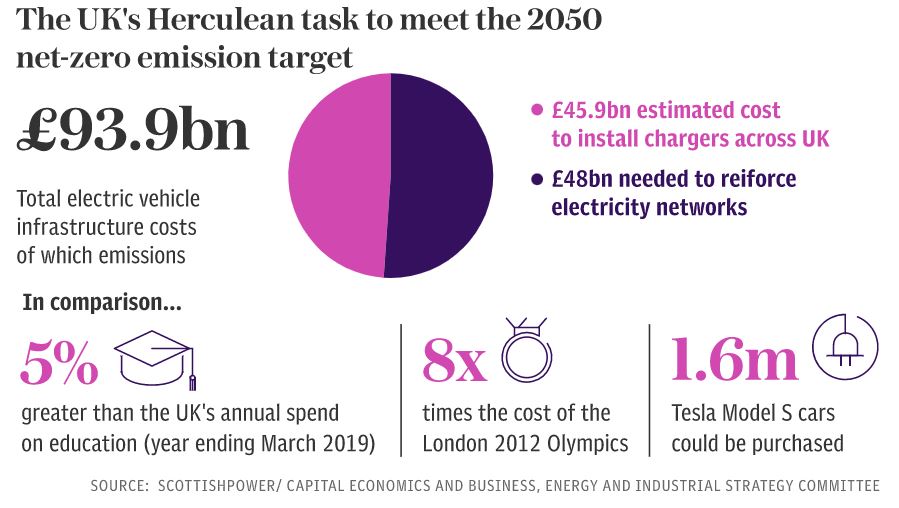 The ‘magic molecule’ can produce both heat and energy, yet the Government has barely invested in this technology.

As COP26 has ended, The Telegraph has highlighted a very important factor in getting to net zero.

Practically our entire political and media class is convinced the world faces meltdown unless we lower our carbon emissions – reaching “net zero” by 2050. Meanwhile, millions of ordinary people look at this Glasgow gabfest and frown.

Yes, there is broad understanding here in the UK we need to wean ourselves off fossil fuels such as coal and oil and pollute less, for the sake of our children and grandchildren. But the silent majority are thinking: “Fine, yes, but how much will it cost me and my family?”

It’s all very well our Government banning new petrol and diesel cars and vans by 2030, but electric vehicles are still far more expensive to buy than conventional models.

As household energy bills spiral, will perfectly serviceable gas boilers be replaced with heat pumps, the installation bills of which can run into the tens of thousands – and which also cost more to run?

Amid the Cop26 posturing, millions of voters, broadly supportive of the “cleaner earth” agenda, are wondering how much of the burden of transitioning to a low-carbon, low-emission economy will fall on them, when they’re already struggling to make ends meet.

Yet government estimates of the bill, let alone who it will pay, remain vague and non-committal. Little wonder, as the Cop26 rhetoric heats up, there are increasingly vocal cost concerns among the general public.

In 2019, Theresa May passed legislation requiring future British governments to hit “net zero” by 2050. That means not only reducing our use of fossil fuels such as coal, oil and gas, but offsetting emissions from those we do use with carbon capture, tree planting and other carbon-reduction strategies.

If you want further information on Hydrogen based renewables, please leave your details by clicking below and we will in contact:

Many smart people remain sceptical of the entire net zero agenda. And while sea levels and global temperatures are clearly rising, there is still a legitimate debate about the extent to which that’s caused by human activity, and carbon emissions in particular, or long-term variations in weather patterns.

Yet it is surely right we anyway take steps to use fewer fossil fuels. Coal and oil are not only dirty and expensive to extract but often in geopolitically tricky parts of the world, causing conflict. And – here’s the clincher – we use huge amounts of these fuels and eventually, within decades rather than centuries, they’ll run out.

You can read the complete article by clicking below: