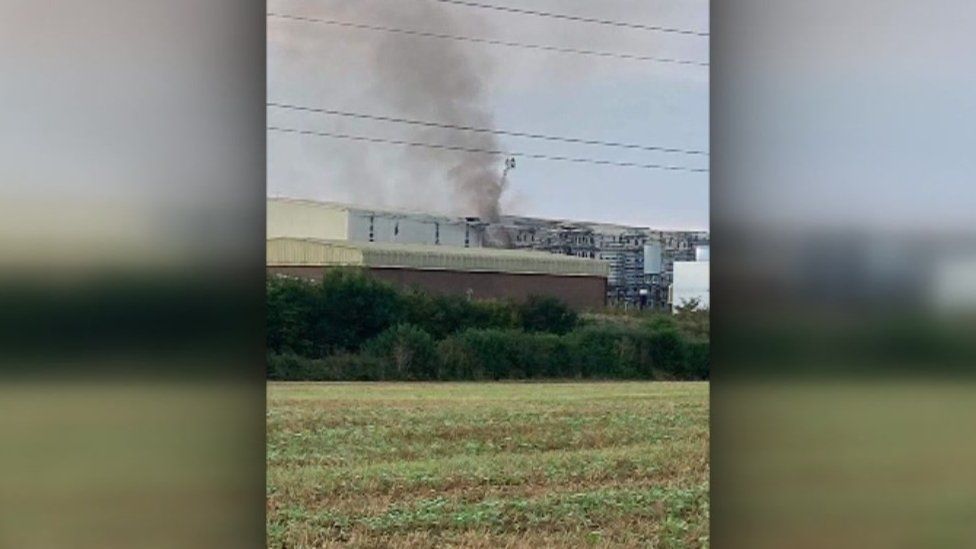 A key electricity cable between Britain and France has been shut down, sending wholesale energy prices soaring.

National Grid said a fire and planned maintenance at a site near Ashford in Kent means the cable will be totally offline until 25 September.

Half of its capacity, or one gigawatt (GW) of power, is expected to remain unavailable until late March 2022.

On Wednesday, British electricity prices for the following day jumped by 19% to £475 per megawatt hour (MWh).

The energy regulator told the BBC that increasing prices, for gas in particular, “will feed into all customer energy bills in the UK”.

The price cap, which limits the price firms can charge customers who have not recently changed their energy tariff, will increase in October in order to cover rising wholesale costs.

The fire at the Interconnexion France-Angleterre (IFA) site broke out in the early hours of Wednesday. The site was evacuated and there were no reports of casualties.

After the fire an electricity interconnector running under the English Channel was “not operating”, the National Grid said in a statement.

Electricity interconnectors are high-voltage cables that connect the electricity systems of neighbouring countries, and allow them to share excess power.

A spokesperson for National Grid’s electricity system operator, which balances power supplies in the UK, said it expects to “continue supplying electricity safely and securely” despite the incident.

The link can carry up to 2GW of power, and had been importing electricity from France in recent days, after UK prices hit a record high of £540 per MWh on the wholesale energy market.

To read the complete story, please click the link below: