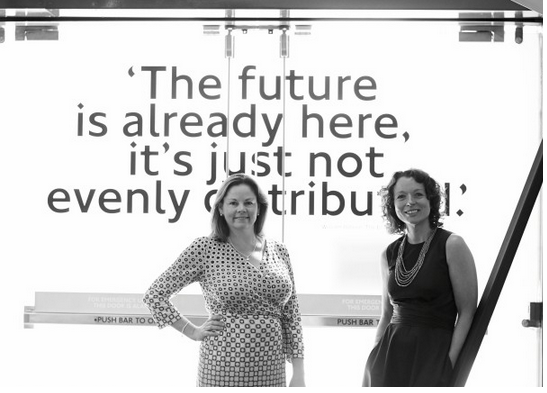 Thank heavens. The UK renewable boom was started by the pied piper of misguided climate economics (former energy secretary Ed Miliband) and it’s now collapsed under its own weight. To misquote Winston Churchill, never in the field of reducing CO2 emissions has so much been wasted by so few. That’s not to say the UK renewable sector hasn’t had a good run, but from an environmental point of view it has been about as effective as paying people to run round in circles to reduce unemployment.

Now there are going to be casualties. Potentially a lot of them, too. For example, The Trillion Fund. When it started up, Trillion was a green investment rock star. A darling of social media, Trillion heavily crowdfunded itself, headed up by the 2014 Green Entrepreneur of the Year, Julia Groves. But now the plaudit-winning CEO has abandoned ship and left Trillion to be managed by the former CEO of Buzzbank (a social enterprise acquisition that is now being called a merger).

For the UK green investment scene, it’s a Lehman Brothers moment, of sorts. Now pundits, commentators and investors alike are looking at the UK green energy sector with concern. How many others are going to go the same way. But it’s hardly surprising, we’ve been predicting it on this blog since we started writing it. And it is, in terms of fighting climate change, good news.

Castles built on sand, not carbon.
The problem, not just with Trillion, but with a host of UK and EU focused renewable investment and finance companies is obvious; their projects were completely reliant on government support. And not just minor support, major major support, so much so that they didn’t really have to work.

At worst, early solar plants were paid £300 per MWh produced by the UK Plant for 15 years. To put that into perspective, UK wholesale power prices from fossil sources average circa £40.00 per MWh. It makes the new nuclear deal at £92.50 per MWh look reasonable, though the long term look of this agreement is worrying given it’s a 35 year commitment.

In all fairness, it is true that UK wind and solar associations will argue that they can produce power more competitively than nuclear… but the trouble is that’s not wholly accurate. If they can do it cheaper, it’s only when it is daytime and sunny. Or windy, which could be anytime including when the power isn’t needed anyway. Wind cannot be relied upon anywhere, just ask a windsurfer. (I have windsurfed all over the world and you never know what your going to get). Generally countries can take about 20-30% of their grid demand from renewable sources, but beyond that you need a utility scale energy storage solution to even out the intermittent supply issues. And we don’t have any utility scale storage… possibly because all the investment capital has flowed into solar and wind tech.

But looking at the Nuclear Deal in more detail, and putting it into context with global developments, there’s an underlying problem with the UK energy sector that’s still not getting enough attention. We’ve seen the text for the forthcoming COP 21 climate change summit, and spoken to Christina Figueres the Executive Secretary of the United Nations Framework Convention on Climate Change (UNFCC). She’s confirmed to 350PPM that the UN will be pushing hard for the use of carbon markets to fight climate change. Emissions are still rising, and rising fastest (and will rise the most) in new, developing economies. The only sensible emissions reduction policy in that scenario is to choke off those potential emissions at the source. Which requires a robust mechanism to incentivise or subsidise the cost of clean development, and only a decent carbon price and an international trade in carbon emissions will do that.

What is an effective carbon price? Well, actually, it is probably £60 GBP per ton. Add this to the electricity price (about £40) for 1MWh of coal fired electricity means very roughly 1 ton of CO2 from fossils should carry a price tag of about £100. At £92.50 per MW of emission free power, the nuclear deal looks pretty decent. After all, the UK does not have reliable sunshine (let’s not kid ourselves) and using wind to fuel our industry and commerce would probably mean a 5 hour working week… but we couldn’t reliably predict which 5 hours of the week they would be.

A brighter future for renewables?
There are still massive financial opportunities in renewables, carbon abatement and energy efficiency, In fact this potential is growing by the day. Plus if your organising the projects (or owning and organising) the projects and they don’t have a significant subsidy (HMRC says significant is over 70% of overall revenue), then the Enterprise Investment Scheme can still be used… no restrictions…even if the projects are in foreign locations where, thankfully, renewables can make a meaningful reduction in carbon at decent electricity prices without the risk of a nuclear disaster. That’s good news for us, investors and the ecosystem.

Overall, we are not in favour of the nuclear deals, it sets a bad example for the rest of the world and how would we feel if everyone else started going nuclear? Let’s face it, in a world where the word centrifuge is synonymous with UN inspectors and potential military confrontations, we can’t afford to pin our hopes on nuclear saving us from a climate disaster.

Hopefully, now the gold rush mentality is over, the COP 21 nations will adopt a four stage, practical approach to green energy.

It’s a real shame, we have gone from green lunacy to nuclear madness as successive governments seek to make their mark. The solution is neither. Money talks, but in the renewable policy game, the only sensible approach is to make sure that when money talks, carbon walks.

“Is it raining?” and other strange election result predictors…