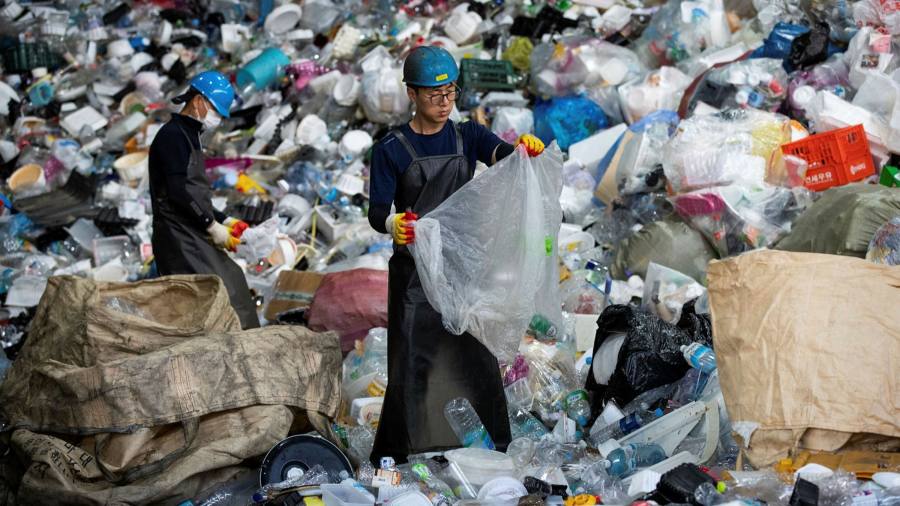 As per a recent article in Financial times, the surge by the world’s largest petrochemical and oil companies into plastic recycling as an industry “plan B” is in question, after a historic UN agreement to negotiate a legally binding treaty to tackle plastic pollution.

Despite extensive lobbying efforts to narrow the proposal to deal with plastic waste management, the treaty signed by 175 countries could place equal onus on plastic makers to limit their production.

By 2050, petrochemical production will account for nearly half of growth in global oil demand, according to estimates by the International Energy Agency.

The industry needs solutions to plastic pollution that do not require it to scale back this production, as the world grapples with it’s reliance on oil and gas.

A growth area it had alighted on was chemical or “advanced” recycling, technology that turns plastic waste back into raw materials, or oils and gases, that are then fed back into petrochemical production.

Less than 10 per cent of the near 370mn tonnes of plastic produced annually is recyclable. Yet the demand for recycled plastic is surging as consumer goods companies come under pressure to reduce their environmental impact.

The world’s largest petrochemical companies, including Dow, Sabic and Chevron Phillips Chemical, have all formed partnerships with recycling start-ups.

In China, Zhejiang Petrochemical is putting almost $ 29bn into an integrated facility to produce both fuels and plastics from the same complex, with backing from oil major Saudi Aramco. Shell and ExxonMobil are also building their own units to upgrade plastic waste.

European plastic producers are expected to increase their investment in chemical recycling from an estimated € 2.6bn to € 7.2bn between 2025 and 2030, according to industry body Plastics Europe.

In the US, the American Chemistry Council reports that more than $ 7.5bn in investments in advanced recycling projects have been announced since 2017, with more to come.

You can read the complete article on the link below: