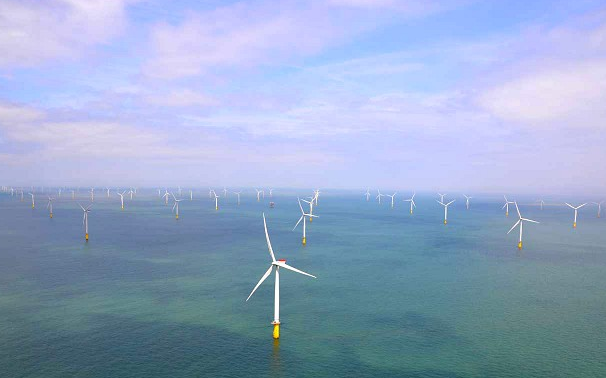 A couple of days ago, The Centre for Policy Studies released a report titled: Central Planning with Market Features: how renewable subsidies destroyed the UK electricity market. (You can read the report here).

The UK press jumped onto this story and it’s fair to say I agree with the findings of the report. I have known the root cause of the problem with renewable subsidies for a while: How can solar power really work in the UK market? We don’t get much sun anyway (when it’s not cloudy) and you never really know when it’s not going to be cloudy, which means there’s a basic problem with solar power in cloudy countries when you’re trying to manage an efficient grid.

Similarly, how can wind really work in the UK market because you never know when it is going to be windy? It’s not a resource issue like it is with solar power – the UK gets plenty of wind to generate electricity – but wind is also very variable and therefore not very useful when you’re trying to manage an efficient grid. It’s a different problem but the same effect, a lack of reliable power generation for the domestic needs of the country.

I’ve spoken with many engineers who simply clam-up when I ask these awkward questions. (Especially if they do quite a lot of the installations for Northern European Wind and Solar). My IFA tells me that actually the solar panels can absorb just as much solar irradiation when it is cloudy as when it is sunny. He has been told this and wants it to be true. A good example of confirmation bias because the problem is more complex than arguing you can get sunburned on a cloudy day by UV radiation. For energy generation purposes, clouds do effect solar efficiency.

The UK’s Renewable Energy Companies will tell you they are saving the world. Yet I know that UK Solar will produce roughly 200 emission reductions per MW of installed capacity when compared with lower cloud, higher irradiance geographies. Compare that UK emission reduction with Chilean Solar, that will produce roughly 1200 emissions reductions per MW of installed capacity. It’s a vast difference in potential emissions reductions.

Wind may produce a lot of emission reductions in the UK, because it’s windy and because wind (and solar for that matter) gets Priority Dispatch (the right to sell its electricity first ahead of fossil fuels). So from a commercial perspective you can make money on it. However, it ruins the operations of fossil fuel generators, who can’t switch off their carbon producing energy facilities when the priority dispatch gets used, making them burn fossils and waste the power.

From an environmental perspective you may think that this is a good thing. However, the fossil fuel burners either increase their prices to account for the lack of energy they are selling or they get so frustrated that they end up and shutting down their coal fired plants. And we still need them quite often (when it is not windy or sunny).

Some green voices will argue that when it is not windy it’s sunny and when it is sunny it’s not windy. And if you look at a chart on a daily average timescale, it might look like this is the case. But through the day on a minute to minute basis there are huge fluctuations (relatively speaking) in wind and solar capacity. Yes, ok, the more dispersed solar and wind sites are the less these variations effect the grid, but this is in reality, proving to be a marginal solution. The UK is not big enough and does not have a suitably effective grid for it always to be windy or sunny enough in some corner of the country to deliver an even base-load of electricity to meet our needs.

So how did we get to this awful situation where we have spent billions but achieved very little?
The Clean Development Mechanism (CDM) and other Kyoto inspired carbon reductions schemes delivered huge reductions between 2008 and 2012. The CDM and EU Joint Implementation led to the creation of over 9,000 emission reducing projects and resulted in existing and future emission reductions of over 7.87 billion CERs over these projects’ useful working lives. The carbon price required to incentivise this was €8 per ton of CO2e.

When the carbon price crashed, the political fix was fighting global warming on a protectionist basis, through the quickest and easiest mechanism energy policy could provide: highly subsidised solar and wind. Which has brought the electricity market to a state of price chaos.

The fundamental problem is that we seem unable to decide how we are going to fight the problem and everyone seems to want to have a say. The Kyoto Protocol is designed to work with Green House Gas Emissions. The EU then came in with the European Union Emissions Trading Scheme and the Joint Implementation to finance carbon reduction projects. But the UK government rejected the Joint Implementation Mechanism and instead launched a domestic subsidy scheme promoting Solar and Wind as the fix (do you know at its highest subsidy levels taxpayers were spending £300 per emission reduction?), plus we were providing tax breaks to companies building these projects via EIS, which is another form of indirect subsidy.

The current coalition government has realised this, reduced the subsidies and restricted EIS reliefs but not before wasting billions of pounds building an ineffective energy system. It could have been worse, in other parts of the EU the effects have been even more disruptive on electricity markets. Germany has completely wrecked theirs through almost forcing the deployment of solar and wind. At times, when it is windy they are getting negative electricity prices. They do at least get a nice summer where solar can provide some reasonably predictable base load, but nevertheless this is one green policy that has destabilised the basic economics of electricity markets, and without that core economic and political stability there can be no consistent emission reduction policy.

Going forward all policy makers need to understand the following:

Equity – Why 350 PPM always takes a stake in the companies it champions.