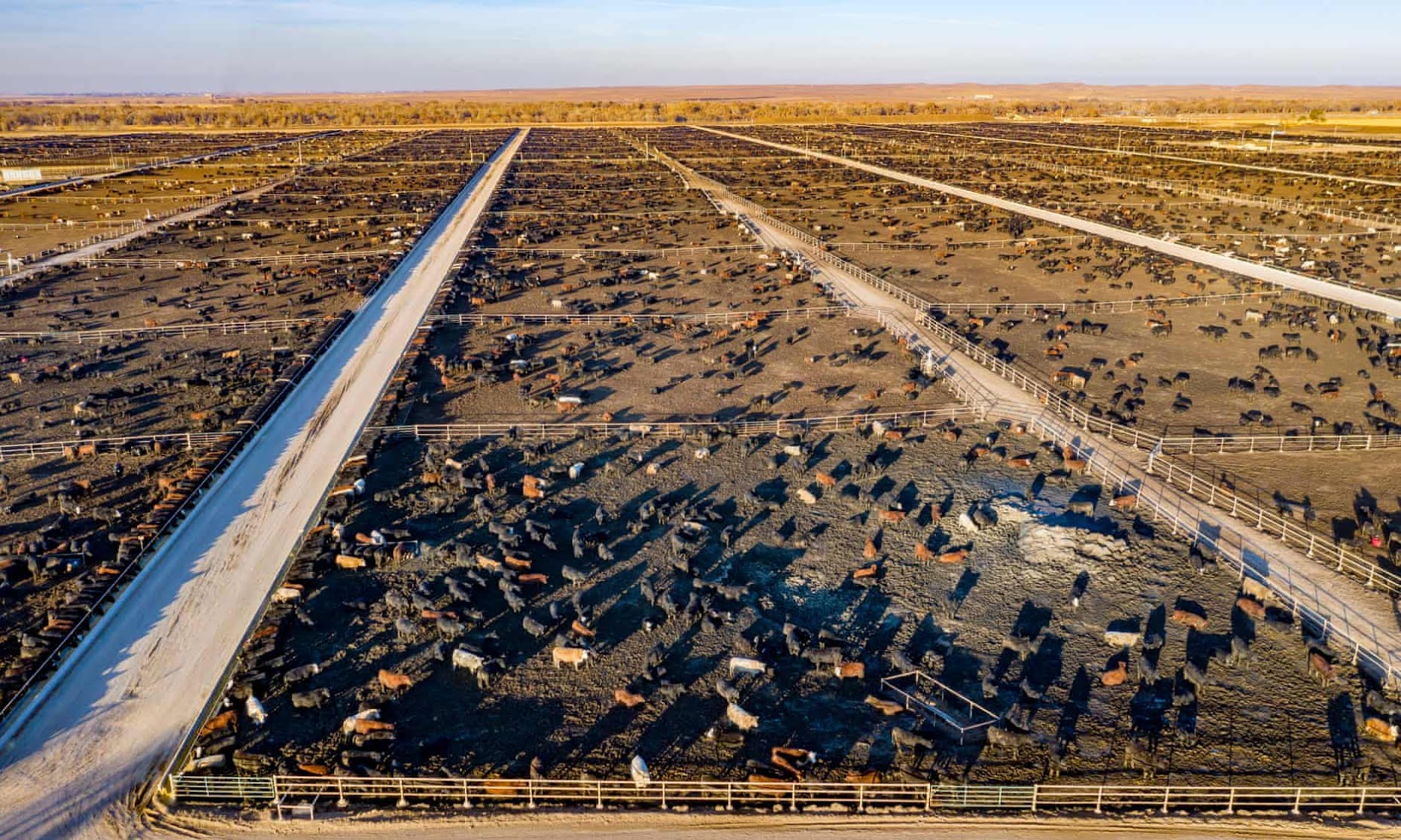 As per an article published in The Guardian, production of meat worldwide causes twice the pollution of production of plant-based foods, a major new study has found.

The global production of food is responsible for a third of all planet-heating gases emitted by human activity, with the use of animals for meat causing twice the pollution of producing plant-based foods, a major new study has found.

The entire system of food production, such as the use of farming machinery, spraying of fertilizer and transportation of products, causes 17.3bn metric tonnes of greenhouse gases a year, according to the research. This enormous release of gases that fuel the climate crisis is more than double the entire emissions of the US and represents 35% of all global emissions, researchers said.

“The emissions are at the higher end of what we expected, it was a little bit of a surprise,” said Atul Jain, a climate scientist at the University of Illinois and co-author of the paper, published in Nature Food. “This study shows the entire cycle of the food production system, and policymakers may want to use the results to think about how to control greenhouse gas emissions.”

The raising and culling of animals for food is far worse for the climate than growing and processing fruits and vegetables for people to eat, the research found, confirming previous findings on the outsized impact that meat production, particularly beef, has on the environment.

The use of cows, pigs and other animals for food, as well as livestock feed, is responsible for 57% of all food production emissions, the research found, with 29% coming from the cultivation of plant-based foods. The rest comes from other uses of land, such as for cotton or rubber. Beef alone accounts for a quarter of emissions produced by raising and growing food.

Please leave your details below to know what we doing at My Healthy Kick to reduce food production emissions:

Grazing animals require a lot of land, which is often cleared through the felling of forests, as well as vast tracts of additional land to grow their feed. The paper calculates that the majority of all the world’s cropland is used to feed livestock, rather than people. Livestock also produce large quantities of methane, a powerful greenhouse gas.https://39cb8738c431b7612812e92c0d1b3eaf.safeframe.googlesyndication.com/safeframe/1-0-38/html/container.html?n=0

“All of these things combined means that the emissions are very high,” said Xiaoming Xu, another University of Illinois researcher and the lead author of the paper. “To produce more meat you need to feed the animals more, which then generates more emissions. You need more biomass to feed animals in order to get the same amount of calories. It isn’t very efficient.”

The difference in emissions between meat and plant production is stark – to produce 1kg of wheat, 2.5kg of greenhouse gases are emitted. A single kilo of beef, meanwhile, creates 70kg of emissions. The researchers said that societies should be aware of this significant discrepancy when addressing the climate crisis.

“I’m a strict vegetarian and part of the motivation for this study was to find out my own carbon footprint, but it’s not our intention to force people to change their diets,” said Jain. “A lot of this comes down to personal choice. You can’t just impose your views on others. But if people are concerned about climate change, they should seriously consider changing their dietary habits.”https://39cb8738c431b7612812e92c0d1b3eaf.safeframe.googlesyndication.com/safeframe/1-0-38/html/container.html?n=0

The researchers built a database that provided a consistent emissions profile of 171 crops and 16 animal products, drawing data from more than 200 countries. They found that South America is the region with the largest share of animal-based food emissions, followed by south and south-east Asia and then China. Food-related emissions have grown rapidly in China and India as increasing wealth and cultural changes have led more younger people in these countries to adopt meat-based diets.

The paper’s calculations of the climate impact of meat is higher than previous estimates – the UN’s Food and Agricultural Organization has said about 14% of all emissions come from meat and diary production. The climate crisis is also itself a cause of hunger, with a recent study finding that a third of global food production will be at risk by the end of the century if greenhouse gas emissions continue to rise at their current rate.

To read the full article please click the link below:

“Is it raining?” and other strange election result predictors…