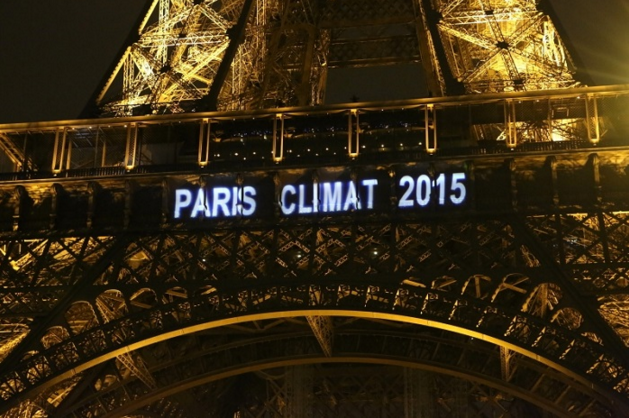 The USA’s largest conference and expo for Energy, Utility and Environment (EUEC 2016) kicked off last week, marking one of the first major climate change and energy related events since COP21 in Paris. High on the agenda was GHG mitigation through the use of renewable energy, and the related environmental and utility regulation. The context of this is the heavy reliance on the private sector involvement and the mechanisms by which investments in renewable energy and power infrastructure will actually take place.

One of our directors and a senior partner at the Danish consulting and engineering experts Grue + Hornstrup A/S, Douglas Marett, delivered a speech on the core components of the COP21 “Paris Agreement” in practical private sector industry terms. And the good news is, the outlook for the global renewable energy sector is already looking very positive for the future…
How will public funds pledged at COP21 stimulate private investment?

The Paris Agreement is going to take from now to 2019 to get all the mechanisms structured but there is already public and private sector capital flowing in. Public sector funds reached billions last year and pledge to grow up to $100bn per year by 2020, pumping needed capital into climate change projects around the world.

From the $100bn per year mark, increased public sector capital growth is expected to continue to address the need for global spending on climate change as a means to kick start and leverage great amounts of private sector investment. However, the Paris Agreement isn’t simply about carbon mitigation (renewable energy, energy efficiency and carbon abatement).

Approximately half the capital it raises will be applied to issues of climate change adaptation, such as disaster risk management and infrastructure projects, according to UNFCC sources.

The public funds will be allocated to a variety of international finical institutions and bilateral development programmes (such as the Global Environment Facility, the Green Climate Fund, DFID, NEFCO, USAID etc.) However, baked-in to the agreement is a crucial role for the private sector. It seems that the public funding instruments will be, in part at least, used to kick start and leverage great amounts of private sector investment.

Doug comments “It might look like a bit of a shotgun approach in some respects, with public funds coming into play from multiple sources. But contributing money bilaterally from multiple regional sources as well as through UN agencies and the World Bank will create a wide range of enabling environments, loan instruments and measures to mitigate financial risk. It’s a structured agreement with the intent of a multiplier effect within the private sector, a critical success factor that wasn’t handled very effectively in the Kyoto Accord.”

In some respects, the practical allocation of funds for carbon mitigation addresses two key strategic goals, both of which are necessary to stimulate the private sector’s involvement addressing climate change issues. On the one hand, funds will be used to create ‘enabling environments’ for renewables and energy efficiency, offering support for governments to change regulations, implement systems for subsidies, promote carbon reduction and abatement through legislative programmes and so on.

The second goal is to stimulate real investment and private sector involvement within new enabling environments. Here the public sector funds will likely be allocated in two types of instruments:

And so, the basic operational shape of Paris starts to come into focus:

Doug believes the outlook is brighter than it has been for some years.

“Our projections suggest the public funds have a multiplier effect of 2 or 3 times within the private sector. This isn’t purely because of the money that’s been pledged. Targeting the funds in very clear areas – enabling environments, equity risk and credit guaranteers – is something that’s been very positively received by the professional climate change and sustainability community. These funds are a financial stimulus for a global industry, and should signal a return to international carbon trading (which is also part of the Paris Agreement) and further back climate change policy with sustainable commercial mechanisms.”
Douglas Marett recently spoke at the EUEC conference in San Diego on Feb 3 2016. Douglas is a Partner at Grue + Hornstrup A/S and head of the company’s Energy & Environment Group. He has over a decade of experience with project development, design, implementation, and due diligence of renewable energy and environmental projects around the world. As well ae, experience in national level planning for low carbon emissions development, especially in integrating these with the private sector and overall sustainability.