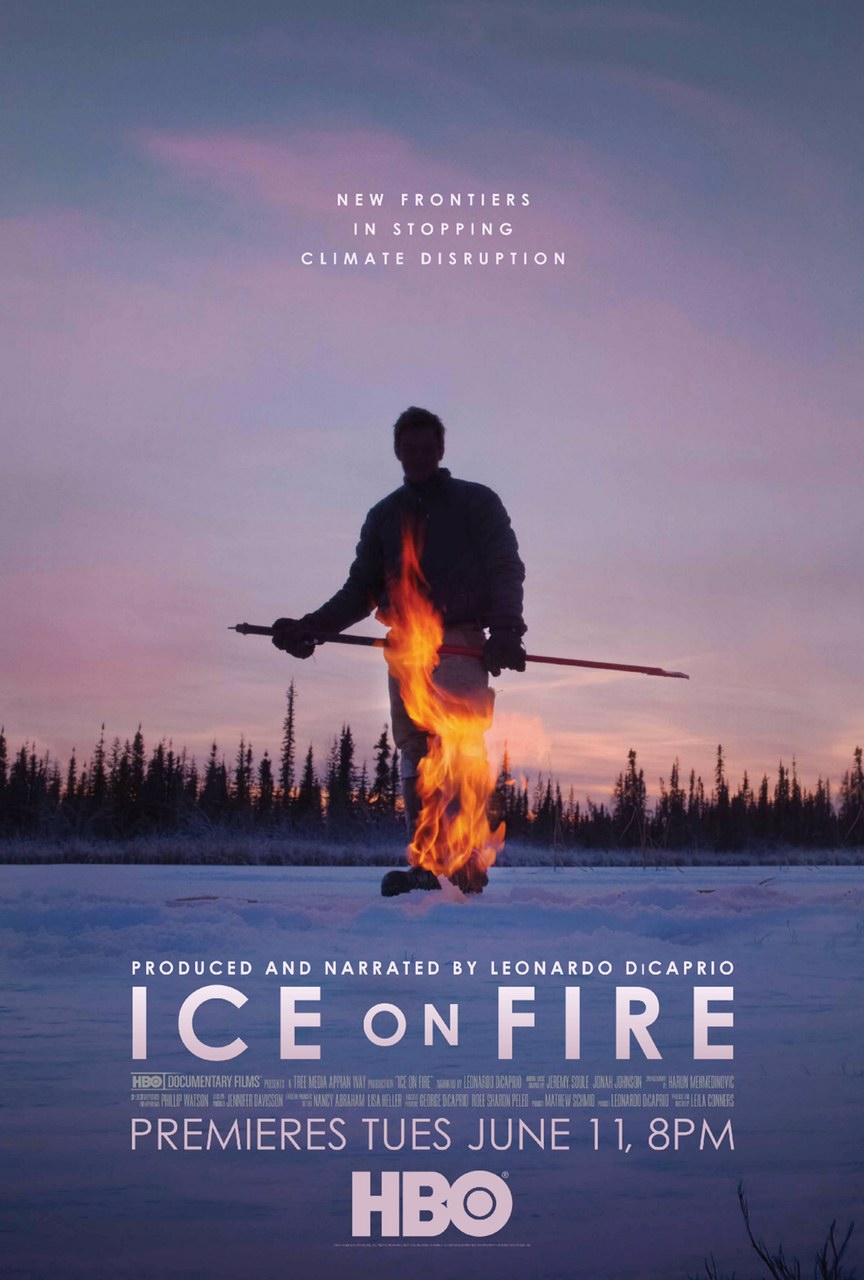 Ice on Fire is a 2019 documentary and is well worth a view. It is narrated and produced by the Oscar winning actor Leonardo DiCaprio. It focuses on techniques to reduce climate change. Specifically it looks at methods, which remove carbon out of the atmosphere.

HBO – About Ice on Fire:

Click below to view HBO trailer. And to stream the full film:

Produced by Oscar-winner Leoardo DiCaprio and Mathew Schmid and directed by Leila Conners. Ice on Fire is an eye-opening documentary. It focuses on many never-before-seen solutions designed to slow down our escalating environmental crisis. The film goes beyond the current climate change narrative. Moreover, it offers hope that we can actually stave off the worst effects of global warming.

This comes eleven years after Conners’ first collaboration with DiCaprio on the 11th Hour, which emphasises the problems of climate change. Ice on Fire instead focuses on the cutting-edge research behind today’s climate science. And the innovations aimed at reducing carbon in the atmosphere. Thus paving the way for a reduction in the global temperature rise and a benefit to the planet’s life systems.

Sweeping cinematography of a world worth saving. This documentary was filmed across the globe. From Norway to Alaska, Iceland to Colorado, Switzerland to Costa Rica to Connecticut. The film highlights firsthand accounts of people at the forefront of the climate crisis. In addition insights from scientists, farmers, innovators and others.

Read more about Ice on Fire on the HBO Website

To know more about 350 PPM and its role on minimizing the effect of climate change, please leave your details here.