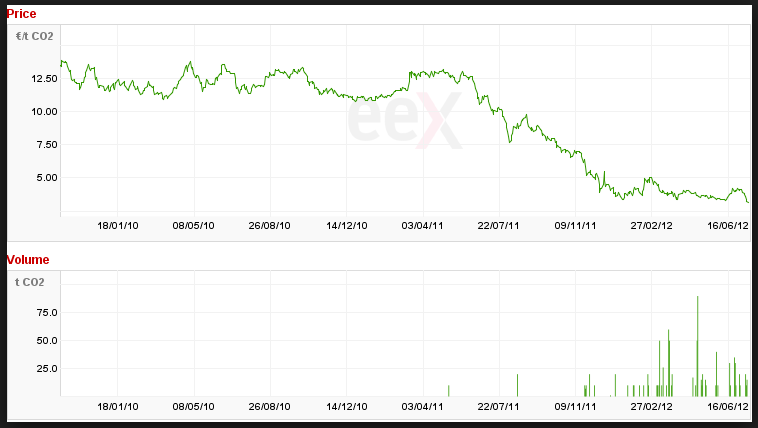 You’d be forgiven for thinking that green energy, electricity markets and politics appear complicated. A couple of weeks back we saw Greenpeace criticising the UK Government’s UK Export Finance scheme’s decision to loan $1bn in funding packages to a deal including Pemex (the Mexican oil group) calling the coalition government’s green credentials into doubt. Last week German electricity giant (and UK ‘big six’ energy supplier) E.ON posted record annual losses blaming subsidised wind and solar for the downward trend in wholesale electricity prices. But we also know the EIS / SEIS tax breaks for investors that has driven the growth of the UK renewables sector ended for solar and wind back in 2014, so how can they be affecting the market now?

Meanwhile as the UK election campaign gets underway, Labour proposes to introduce price-cutting powers for the UK regulator Ofgem, prompting big UK energy market players to respond by saying it would undermine confidence in the energy market and might even lead the regulator to raise prices. Add this market uncertainty to the recent (controversial) CfD auctions for government green energy contracts in the UK, coupled with accusations that the energy lobby have donated millions to political campaigns and have the Conservative party in their pocket (as some commentators have reported). It’s hard to pick your way through the news and really get a feel for who’s making the most convincing argument.

When you step back from the cut and thrust of political campaigning and the media spotlight on energy prices in recession-hit Europe, however, a simple explanation does emerge. The political issues hinge on the political parties’ green policy credentials. Backing oil projects in Mexico or accepting donations from energy companies whilst cutting back on tax breaks for renewables casts doubt on emissions reductions pledges and rhetoric. The economic challenges faced by energy suppliers, and getting the best deal for consumers, casts doubt on there being a cohesive, predictable medium to long term energy policy in the UK.

However, what ties the political and economic threads together is carbon, or more to the point, the depressed carbon market and the apparent lack of prioritising carbon at the core of all energy policies. This feels like a major flaw in every party’s thinking because reducing carbon emissions was the motivation for the policies we have now, but they are creating political confusion, market disruptions and critically failing to address carbon emissions in a meaningful or sustainable way.

Whereas the energy market has long been manipulated by indirect subsidies for renewables, and investments have been artificially buoyed by tax reliefs, the carbon market has slumped from a €30 high in the EU (2006) to a permanent low level around €6 now. Moreover, carbon markets around the world are hit and miss, underdeveloped or non-existent. The Clean Development Mechanism and other Kyoto inspired carbon reductions schemes simply haven’t delivered the reductions needed as a result of the low cost of carbon and the glut of allowances in the EU and USA. There’s no doubt that the CDM (and its European equivalent the Joint Implementation) have been far and away the most successful emissions reducing mechanisms to date, but in the big picture they’ve only managed to slow the rise of emissions rather than reduce them in real terms.

This picture might be improved when you consider about 900 million EU carbon allowances are planned to be revoked in a process called “backloading”, but that’s a temporary fix to try and stimulate the EU market. There are 46 carbon markets in the world, but they account for only 12% of global emissions. But carbon (and reducing emissions of it) remains the basic motivation for the political battles that have spawned the complex, messy situation in UK energy policy and created the indirect subsidy schemes and tax incentives that are now being scaled back and removed.

So in a way, we can predict a lot more name calling and market instability until the carbon policy issue is solved. Pundits and NGOs are predicting carbon prices will rise, estimating cap-and-trade will be the government policy that most countries will adopt. It’s already present in China, some EU countries and a handful of US states, and it seems to be working. Until cap-and-trade becomes part of UK energy policy, or we follow the Swedish example of a full blown carbon tax, the political scene and the energy market will remain chaotic. In the mean time, investors would be wise to look for projects in South America where the geography and growing economic stability means CO2e reducing energy projects make more sense than fossils without the need for complex political interference in domestic energy markets.

The future’s bright… renewable energy development is too.