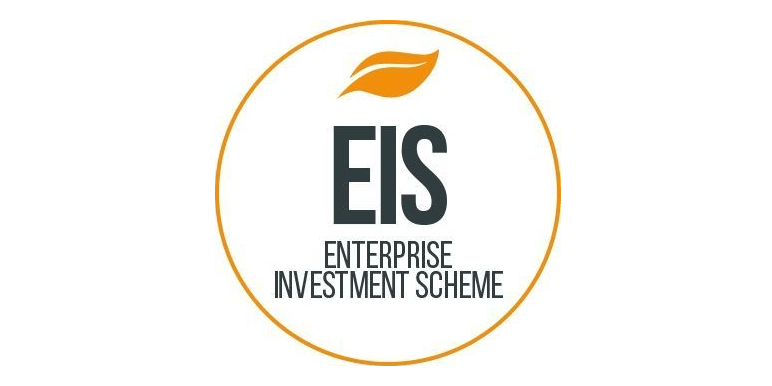 Compliance Status: This article has been approved by Kession Capital as a Financial Promotion.

Nick Dimmock worked in the city up to January 2002, latterly as a Trainee Institutional Equity Salesperson in the UK office of Raymond James Financial, Inc (then a 2 Billion USD capitalised investment banking house listed on Nasdaq and NYSE: https://www.nyse.com/quote/XNYS:RJF/company).

Post 9/11, he left Raymond James to found Azure Films Ltd, which operated a number of Section 42 and Section 48 Tax Based Limited Liability Partnerships (LLPs). These partnerships along with other budget components, allowed Azure to Executive Produce a number of commercial films for both cinematic release and television.

All Section 42 and Section 48 investor claims have been honoured by HMRC as of this date and there is no reason to believe that this won’t continue; as the films were genuine commercial opportunities and the tax reliefs were utilised in the manner in which the government intended.

Nick completed an Executive MBA at Cass Business School between 2005 and 2007 and sold out of the Film business in 2007 to join Tullett Prebon’s Emissions Trading Desk. Azure filed for bankruptcy at some point in 2010.

In 2008, he left Tullett Prebon to found Carbon 350 Ltd, which was initially capitalised with £190,000, £90,000 of which was raised under the UK’s Enterprise Investment Scheme. He founded Solar 350 Ltd (a solar developer) in 2013, which has so far raised circa £500,000 under the Enterprise Investment Scheme, and 350 PPM Ltd (a corporate finance house specialising in environmental opportunities) in 2016.

All investor EIS Claims have been honoured by HMRC with investors receiving their tax benefits and very significant increases in Net Asset Value with those that have exited recording gains of over 50% tax free plus their income tax rebates. Actual increases in NAV are £13.50 to £200 for Carbon 350, £2.5 to £17.38 for Solar 350 not taking into account tax reliefs.

So, Park Lane or Brick Lane:

The strange thing about the Section 48 Tax Legislation that produced the movie boom of the early noughties was that based on only minor adaptations of the way the legislation was intended to be used, the best outcomes for the investor were either a run away hit / box office smash or a total calamity.

Of course, the tax industry kept pushing the envelope and inventing their own tax schemes based loosely on the legislation which lead to schemes offering huge tax refunds in year 1, which paid huge commissions to introducers, which as soon as the Conservatives got back into power were investigated and thrown out.

There are numerous examples of the above, but here is one: http://moneyweek.com/tax-avoidance-scheme-the-635m-tax-dodge-that-went-wrong/

During my time in the film business, we came up against these weird and wonderful schemes and often lost to them. I suspect the investors were seduced by the upfront tax refunds, although how they could ever think that HMRC would put up with this was beyond me.

I do know a couple of very aggressive film small tax schemes that have up until this time, got away with “murder”, but most of the larger ones are now under investigation or have been challenged and the tax reliefs they provided were provided were either never honoured or have been rescinded, leading to huge unexpected losses for the investors

Our schemes offered from memory a 40% net gain in the first year, this then started to ebb away in year 3 as the movie started to produce receipts. The returns were negative for a short period in the third year and then picked up again during cinematic release . We aimed for huge hits, won Best Film at Berlin for Ae Fond Kiss, Best Comedy Screenplay at Aspen for Keeping Mum but we never had our runaway success.

Under DMCS (Department of Media, Culture and Sport) rules, the government agency that approved the schemes, a film did have to be “made” to access the investor’s tax reliefs. They had their version of what constituted “being made”.

However, a  bit like The Producers, making “Spring Time For Hitler”, a much better strategy could have been to inflate the budget of the movie, snaffle away the budget on fees and make the worst film possible that subsequently bombs. No profits, no worries; the investors leave with their upfront tax reliefs and everything is over in a couple of years.

In a slightly different way, the return characteristics of the Enterprise Investment Scheme are similar.

Let’s look at some scenarios involving increases in Net Asset Value, effectively the valuation of the company, either produced by increasing revenues, increasing forecasts or the company’s ability to sell the shares at a higher price>

Second, let’s say the company goes nowhere. These are the doldrums. The ship has not sunk, but its not moving. Let’s say you invest £100K in one company. The Market Cap is say £10 Million on entry, for example. The company invests the money it has raised. In terms of Market Cap or NAV from 100% of the original NAV though to probably 200% in two years. Do remember that these are small companies. It shouldn’t take much to double in size. The business is never, potentially, going to have the cash buy your shares back, nor does it have the explosive growth potential to arrange a trade sale or the cash and prospects to list, both of which could provide you with an exit. Thus, you’re stuck. You have invested 100k, 30% income tax has come back, but 70% is invested and going nowhere. Your stuck and in the doldrums. At least if they would have the decency to go bust you could get another 31.5% back.

If you invest in lots of these business, indiscriminately, relying on the statistical probability that one will be a runaway success making up for all of the others, it could be a case of death by a thousand cuts

Above 200% NAV (Net Asset Value), within 2 years, the business is at least getting some decent traction and has some prospects.

On this basis, really, to make effective use of the EIS, you’re looking for businesses that have the potential to get into the stratosphere or go bust. At least then you have some closure. Park Lane or Brick Lane, Monte Carlo or Bust.

If I Was An Investor

If I was an investor, my thinking would be: ok, based on a a company having a competent and committed management team and some additional cash, where is the next rising economic tide going to come from?

Do I really want to use hindsight to select my companies and follow existing trends? Do remember that many of these businesses are start-ups and so even if the tide is rising quickly, they still have to build their boat.

Or do I want to pick out the next big trend? What domestic or global policy is really going to fuel a sectors growth for the next twenty to fifty years?

What is the biggest trend fast approaching, where I can invest in a young company now and find my 10 to 20 baggers? As you may know 50% of a company’s stock market success is due to its sector so what is the is the paradigm shift in thinking or legislation that is going to give this sector the metaphorical “beans”?

In short, do I want to use Foresight or Hindsight to select my investments?

Of course it is a rhetorical question, but investing is a lot more comfortable when your just following the crowd using existing investment themes.

There are obviously a lot of other things to consider, but as detailed above, you’re looking for Monte Carlo or bust, Park Lane or Brick lane Scenarios; companies that will shepherd in new global revolutions, not just companies that can join established competitive industries.

In Silicon Valley, they encourage business to succeed or fail fast. Maybe the VC’s just want to prepare the budding entrepreneurs for the potential outcomes and provide faster closure for themselves.

Regardless, the chart below shows the realistic return characteristics of investment in the Enterprise Investment Scheme. Those that have the potential to provide an exit. 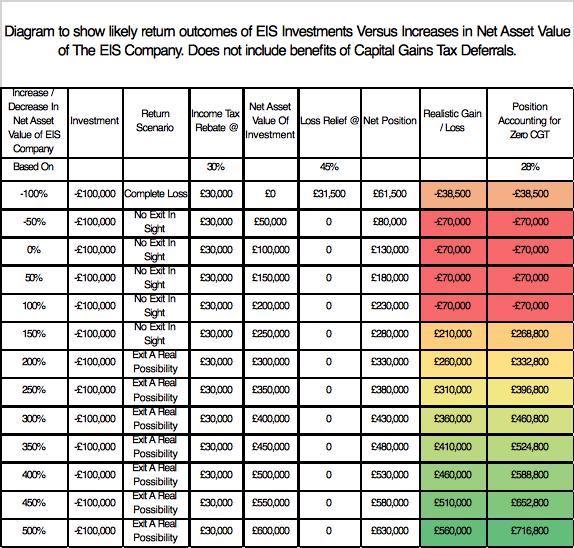 So, what is my point.

My points are as follows:

The information contained in this article is prepared for general circulation and is intended to provide information only. It is not intended to be constructed as a solicitation for the sale of any particular investment nor as investment advice and does not have regard to the specific investment objectives, financial situation, and particular needs of any person to whom it is presented. In particular, the information contained on this site is not intended for distribution to, or use by, any person or entity in the United Stated of America (being residents of the United States of America or partnerships or corporations organised under the laws of the United States of America or any state of territory thereof) or any other jurisdiction or country where such distribution or use would be contrary to law or regulation or which would subject 350 PPM Ltd or any affiliates to any requirement to be registered or authorised within such jurisdiction or country. The information contained herein is not intended to be passed to third parties without our prior content and may not be reproduced in whole or in part, without the permission of 350 PPM Ltd. The value of your investments and the income from them can fall as well as rise. An investor may not get back the amount of money invested. Past performance and forecasts are not reliable indicators of future results. Currency denominated investments are subject to fluctuations in exchange rates that could have a positive or adverse effect on the value of, and income from, the investment. Investors should consult their professional advisers on the possible tax and other consequences of holding such investments. Your capital is at risk. Tax treatment is dependent upon individual