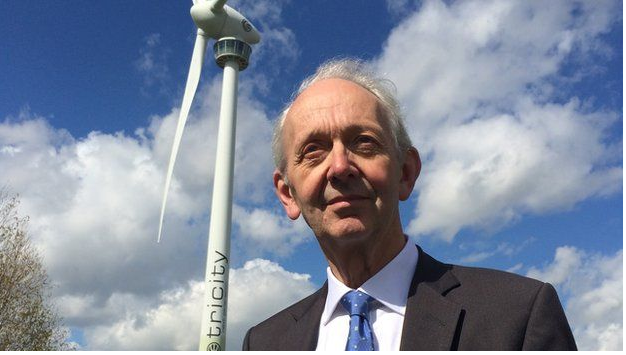 On the surface, the latest CMA energy market investigation (Competition and Markets Authority) report appears to be criticising the big six consumer energy suppliers (CMA reports). Consumers have footed a bill between 2009-2013 (the report focus) that’s £1.2bn per year more than they should have paid in a competitive marketplace, the CMA concluded. It has led to rumours of a price cap whilst reforms are made to the energy market. The CMA chairman, Roger Whitcomb was quoted saying “There are millions of customers paying too much for their energy bills – but they don’t have to,” but in reality, the report isn’t just about consumer electricity prices, it’s an indictment of the mess that is UK energy policy.

The report has led Amber Rudd, the Climate Change Minister, to conclude that they would consider taking further action to ensure consumer gets a fair deal. There is even talk of energy regulator Ofgem being giving powers to cap prices if the big energy suppliers don’t change their ways. Which is, of course, what was supposed to happen when Ofgem was given powers to force suppliers to reduce the number of tariffs on offer for consumers to make switching easier, especially for dual fuel customers. If Ofgem isn’t handling the issue effectively, how is the answer of giving more power to Ofgem going to work? In short, it’s probably not.

So we’re now waiting for the CMA’s final recommendations to be published later this year. At the same time, we have seen renewable subsidies for onshore wind end a year early. We’ve seen the full implementation of budget reforms that have ended tax breaks for renewable investors, dismantled subsidy schemes, changes to the way Renewables Obligation and Renewable Heat Incentive (RO / RHI certificates) are used in our complex energy auctions. Yes despite the endless tinkering with the mechanics of green energy policy, our carbon emissions aren’t dropping as fast as the renewable supply grows. Worse than that, there are reports of wind turbines both onshore and offshore, that are being paid to shut down and in some cases can’t be connected to the grid because the intermittency of power they produce could cause major infrastructure problems for the energy suppliers.

All in all, it’s a mess. Consumers are paying too much, not just in terms of bills but in terms of how much of their taxes get spent on subsidising renewables. Investors (who are also electricity consumers and taxpayers, obviously) are facing falling returns. The renewables industry isn’t growing because there’s a lack of investment in R&D and power generation. The fossil fuel industry is facing decline from both divestment pressures and Ofgem’s manipulation of the market to favour renewable energy sources, which long term could lead to brownouts if there’s no strategy to deploy smarter grids that can adapt to the intermittency issues associated with renewables. Meanwhile, we’re all losing out as carbon emissions and the effects of climate change continue to be a problem that appears almost impossible for the government to get to grips with.

There is, of course, one solution that would help correct the energy market and deliver commercial incentives that could grow the renewables sector, give consumers a better deal and allow the market to correct itself with a focus on lower emissions from domestic power generation. And it’s not radical new thinking so much as revisiting the core principles behind the Kyoto agreements on climate change. We need to stimulate the global carbon market and get back to fully supporting the UNFCC carbon trading scheme. We need to tax carbon emissions more effectively. If that happened, we could dismantle the complex role of Ofgem in the energy market and give the electricity suppliers instruments to deliver a better deal to consumers. It would put a genuine bottom line cash incentive behind deploying utility-scale energy storage to make renewables an effective power source for the UK, reduce the burden on taxpayers and stimulate investment in lower carbon power sources.

It’s a simple fix, in theory, but after years of government regulation and the creation of artificial markets where suppliers are penalised for not hitting their green targets, it feels like Ofgem isn’t fit for a renewable energy purpose. There’s a lack of joined-up policy between the current government administration which is trying to tackle subsidies and tax breaks (without a suitable carbon reduction policy tool like a carbon tax) and the energy regulator that’s lumbered with green targets set in the last decade, and energy suppliers who haven’t been either willing or able to address the issue of rising energy prices and deliver enough carbon reduction.

We have a new low-carbon nuclear policy developing, but it won’t deliver for years by which time, the carbon emissions problem will have done more damage. We need a decent price for carbon and a policy for utility scale storage. Without that, no matter how many reports are published and reforms are offered, the UK energy market will remain confused, and the cost of electricity like carbon emissions, will remain too high for the UK.