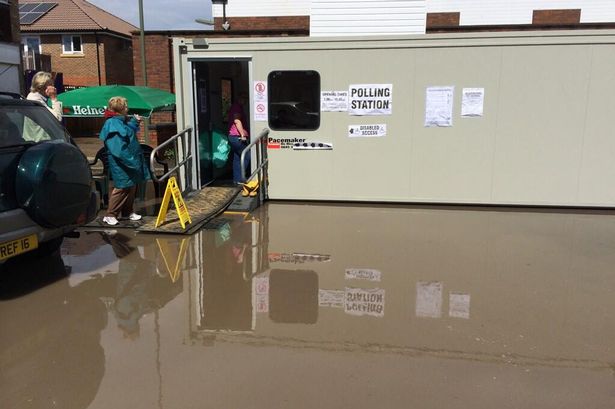 In a break from our usual focus on carbon reduction and renewable energy investment, this week I’ve hijacked Renewable Money with a prediction about the UK general election tomorrow. You might not know that old hands from the politics circuit often used some very strange (but often accurate) election result predictors, and in a too-close-to-call election, they might actually work…

When the polls & data won’t cut it:
These days the polls are pretty good (the closer you get to the election) but in a neck and neck tie, the poll margin of error means they’re no help at all in giving a firm answer.

We had a different approach at Tweetminster (my former life in politics news monitoring). We predicted the 2010 result more accurately than YouGov by using an adapted predictive data methodology from the University of Tokyo (you can see the Guardian coverage here).

It turns out in any election, if all the candidates are on Twitter you can work out the winner with about a 92% probability of being right by simply counting the number of mentions they get. This is because (we discovered) the most popular candidate is also the most unpopular with the opposition. So both the candidate’s supporters and detractors tend to mention them a lot. This created the strange quirk of social media data analysis that even if people are saying bad things about you, as long as they’re mentioning your name there’s good chance you’re in with a shout of winning.

But in a contest where the candidates are even looking neck and neck on Twitter, it’s still too close to call. So here’s the five best (and strangest) rules of thumb that I’ve heard whispered in newsrooms during my time in the Westminster media bubble:

#1: Rain favours the Tories:
This is the best one. It’s based on the idea that Tories own more cars than Labour voters and so therefore are less likely to be put off by bad weather. So if it’s looking like rain tomorrow, expect a Tory lead. Maybe.

#2: An ageing population favours the Tories:
This one’s also a corker. It turns out that OAPs tend to vote Tory more than younger people, and OAPs as a general rule are a civic minded bunch who’ll offer their OAP neighbours a lift to the polling station in their cars. So being a good OAP neighbour (especially if it’s raining) means a Tory lead too. Possibly.

#3: When things are bad, people vote the same as last time.
This one actually tracks with the results (kind of). As a general rule, we see that when the economy is flat and people are worried about the future, they vote for more of the same. When things pick up and people are less worried, they vote for change. It’s possibly why Churchill kept his job until after he’d helped win the war. It’s also possibly how John Major managed to survive the recession but lose in the 90’s boom. It’s how Blair kept his job despite his unpopular decisions about war in Iraq, but Brown lost after the worst of the credit crunch was over and things seemed to be settling down. Er, okay.

#4: Best groomed often wins (or the “Antony Eden factor”)
This one is a bit controversial but as a general rule, a professional wardrobe and makeup artist can win elections. Scruffy Neil Kinnock vs. designer suit Mrs. Thatcher. Boring (but neat) John Major vs. Scruffy Kinnock. Good looking, sharp suited Tont Blair vs. ageing John Major and so on. (It’s sometimes referred to in terms of Antony Eden, one of the UK’s least successful Prime Ministers, who due to illness and prescription drugs suffered with a rather lop-sided face that allegedly put people off him because he looked a bit weird). Hmmm…

#5: It doesn’t matter anyway, most people vote the same way at least twice in a row, regardless.
In the UK, just under 30% of the seats have never been any other colour than they are today. We’ve also rarely seen a UK government and election winning PM with a single term of office in the last 85 years (except Ted Heath’s 1970 Conservative administration, Gordon Brown doesn’t count because he never actually won a general election), all the other election results have gone in twos or threes. Yes but…

So the unscientific view is…

Despite the too-close-to-call polls, the rules of thumb suggest:

1. Rain is likely (at some point according to the forecasts)
2. There are more OAPs than last election
3. The economy is still flat, more austerity on the way, growth is low (etc.)
4. Ed Milliband’s bacon sandwich photo (not as well groomed as other leaders?)
5. Most people vote the same way at least twice in a row

… the winner (by the most unscientific means possible, admittedly) should be another Conservative / Lib Dem coalition. But I’ll caveat that by noting something else they used to bandy around the press room back in my day: “Predictions are a Mug’s Game”.

$500m pledge at COP 21: A return to global carbon trading